As part of its commitment to educating the whole person, The Franciscan School recognizes that setting students up for success also involves showing them how to work hard, be brave and grow from their failures.

For Alex Ruby, who started at TFS in sixth grade and graduated in 2011, learning from a moment of failure was one of his most formative experiences at TFS.

“I'll always remember the first quiz I had in Mr. Watson’s class,” Ruby said. “According to the standard I’d set for myself, I did very poorly, and I was overly upset about it. Mr. Watson kept me after class and told me that it was just one result – and that what matters most is what I would take away from it. He encouraged me to prepare better next time and reminded me that it wasn’t the end of the world. Throughout my life, I’ve carried that perspective with me – and I’ll never forget it. 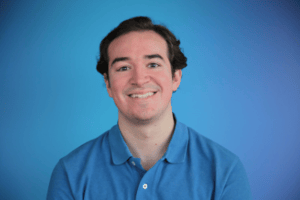 That key lesson prepared Ruby for a lifetime of hard work and determination. After graduating from TFS, Ruby went on to attend Cardinal Gibbons High School and then to study mechanical engineering at North Carolina State University. In May, Ruby graduated with his bachelor’s degree – and he recently started as a project engineer for an industrial refrigeration engineering, design and construction company.

“I operate as both a system designer in training and a project manager of select areas of our construction sites. We service food providers, pharmaceutical companies and chemical companies,” Ruby says. “Currently, I’m a registered engineer intern for the state of North Carolina and I’m on track to become a professional engineer after completing three more years of engineering work experience.”

In addition to learning how to work hard and persevere at TFS, Ruby also recognizes that the faculty had a significant role in shaping his career path.

“Ms. Putnam and Ms. Kowite, two former teachers of mine at TFS, were really influential. They helped me grow as a person and develop my interests and passions,” Ruby says. “And Mr. Watson helped me develop an interest in the sciences and the field of technology, which eventually led me to find my passion for engineering.”

As Ruby looks ahead to the future, he plans to apply this passion toward energy conservation efforts through improved technologies, system design and controls in large energy usage buildings.

Along with crediting TFS with influential teachers, Ruby also points to TFS as the place where he built lifelong friendships.

“Two of my classmates from TFS are still my closest friends today – and I even went to college and roomed with one of them,” Ruby said, “Our time at TFS was just the building block for what is still a fantastic friendship.”

For current students at TFS, Ruby offers a few words of advice.

“It was in my time at TFS that I learned – through both my failures and successes – that if you really want something, you need to work hard for it. Along with that, I learned that you can’t be afraid to put yourself out there,” he says. “While it can be scary to try new things, especially if you enter TFS for the first time as a middle school student like I did, it’s worthwhile. You’ll only regret the teams you didn't try out for and the clubs and activities you didn't join. If you take that step, you’ll find that you’ll figure out your likes and dislikes a lot earlier than most people do in life.”