Building Confidence One Class at a Time

The Franciscan School October 25, 2021 No Comments

At The Franciscan School, specials and electives are an integral part of the overall education and character-building experience of the school. Drama is an exciting program at TFS that not only instills theater skills, but it also helps build students’ confidence, increase their ability to manage behaviors, and helps them make positive decisions.

Heather Daurity is the Drama teacher at TFS and comes from a diverse background of Theater Arts. In her third year teaching at the school, Daurity completed her Master of Fine Arts degree from the New School for Drama in NYC and worked as an actor in the city until 2010. Prior to teaching at TFS, Daurity taught youth and adults acting, voice, and dialects throughout the Triangle. In grades 3-5 at TFS, students take Drama once a week, and in grades 6-8, students can dive deeper into Theatre Arts with an elective three days a week. 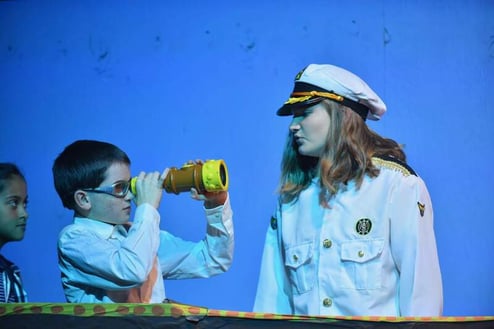 The purpose of the Drama program at TFS is to provide   nourishment for children’s imaginative
life and develop a deeper understanding and acceptance of personal issues, as well as a broader world view. Students learn knowledge and skills in acting, performing, directing, theater history, use of body and facial expressions, and vocal projection. In grades 3-5, students learn through hands-on games and activities, as well as through creating an ensemble and putting on a short in-class play. Middle school students can take electives on stage combat, movie making, audition techniques, musical theater, Shakespeare, improvisation, speech and debate, and more.

Daurity is passionate about the program at TFS being more than the technical skills of theater
arts. “Theater builds confidence and muscles in your soul,” says Daurity. “I have found that using theater exercises to develop skills in listening, trust, improvisation, imagination, and role-play can help students become better able to collaborate and communicate. Audience-based participation in the arts and personal participation in creating art are both linked to higher levels of civic engagement and social tolerance.” 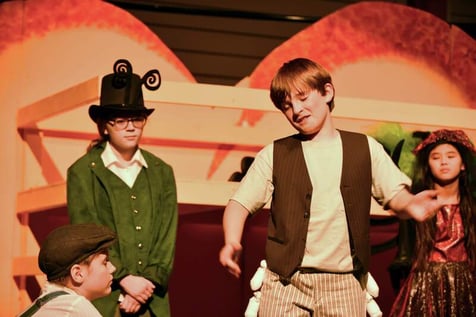 Daurity has seen the positive influence of drama in her own life as a young child to today, and she is thankful to be able to share her skills and knowledge with the TFS community. The Drama program at TFS reflects her passion and engages students to explore new skills and gain confidence along the way